Just in time for New Year’s Eve, take a lesson from one breathalyzer owner’s experience. He was trying to be responsible and do the right thing, but he made one critical mistake. 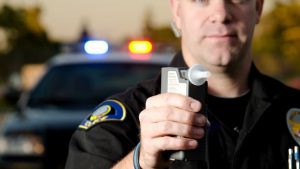 Do you own a personal breathalyzer? If it’s been awhile since you’ve had it, do you know for sure if the device will correctly display your blood alcohol level? Have you ever had the device calibrated?

Calibrated? I’ll bet more than a few readers who own personal breathalyzers are thinking, “What do you mean?”

That’s what “Neal,” a reader who wrote in from Phoenix, Ariz., would have also said, until a recent encounter with a “very professional and helpful” highway patrol officer:

“I probably could have been taken to jail for DUI, but a highway patrol officer gave me a lesson that I want to pass along to others. As you have written about the importance of owning a personal breathalyzer for anyone who entertains with or consumes alcohol, I think you will find my story valuable.

“Our company had a birthday party for an employee, and we served adult beverages. For years I have had everyone blow into a breathalyzer we keep at the office before driving home after these office parties. Anyone near the legal limit is not allowed to drive, and we take them home.*

“I also have one in my car, blew into it, was well under the limit, had just started to drive off, only to be pulled over for a burned-out taillight. The officer asked if I had been drinking, which I admitted.

“Of course, she had me blow into her breathalyzer, and I was at the limit, while my own test — about two minutes earlier — put me at half that number!

“I showed my device to the officer, blew in it, and, sure enough, I came out fine! She had a “deer in the headlights” look, and said, ‘I don’t know if my unit or yours is seriously out of calibration, and I am not taking you in because of that. But if you haven’t had yours calibrated for some time, then the results cannot be trusted.’

“She waited for my ride home to arrive. Once home, I immediately found the box and instructional materials for the breathalyzer. In bold letters the importance of sending it in periodically for calibration was right there. But, Mr. Beaver, I had no idea at all about any of that, and I’ll bet a lot of people are in the same boat. Writing about this would be a real public service. Thanks, Neal.”

If You Drink, How High Is Your Blood Alcohol Concentration?

For the past several years I have followed the evolution of a university student’s idea that led to the development of the personal breathalyzer. In 2001 Keith Nothacker, then a senior in economics at the University of Pennsylvania, had an “aha moment,” which would give the public the same tools as law enforcement had to test a driver’s blood alcohol concentration (BAC) and for a fraction of the price.

“There was nothing available for individuals to test themselves before deciding to drive,” Nothacker, explained. With some amazingly talented people, he launched BACtrack, marketing personal breathalyzers, and today the San Francisco-based company has the largest share of the North American market.